Contradicting popular belief, karate is not aggressive. It rather focuses on personal development by offering physical and mental challenges, resulting in mental and physical fitness, stress resistance, improved creativity and problem solving skills and self-confidence.

Karate in Japanese literally means empty hand. It is an old and continuous development of martial arts traveling from India and China, via Okinawa to Japan, where it has been enriched by many Japanese fighting systems. From Japan karate has been spread over the entire world.

At IkeNamiKan, we practice Shotokan Karate. This is the most common karate style. Shoto is the poet’s alias of Gichin Funakoshi (1868-1957) and means ‘wind in the pine trees’, referring to a combination of persistence and flexibility. Kan means ‘school’. Gichin Funakoshi has been key in the transfer of karate from Okinawa to Japan, but he has certainly not been the only one involved. Contemporary karate is a world of difference of the karate that Funakoshi practiced, which is a good thing as we strive for continuous improvement. Techniques include punching, kicking, blocking and much more.

Our Shotokan Karate Do school is named IkeNamiKan. IkeNami means ‘wave in the lake’ referring to the expanding circular wave pattern a pebble can make in a lake. This is also visualised in our logo. Our school is built around the concept of making small changes that have a big impact down the line, just like a small pebble falling in the water can move the water at the edges of a lake, just a small change in a movement can perfect a technique, just like training karate can change one’s life over time.

At IkeNamiKan we are unique in our focus on good phyiscal skills such as motoric skills, joint mobility and fitness as well as mental skills, such as stress resistance, creativity and problem solving.

We combine century old experience with the latest knowledge on biomechanics, training methods and mental coaching.

Our instructors are life-long active practitioners of karate and among the best in the Netherlands. They are national and NOC-NSF certified teachers. 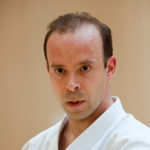 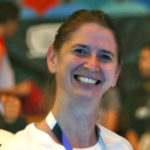 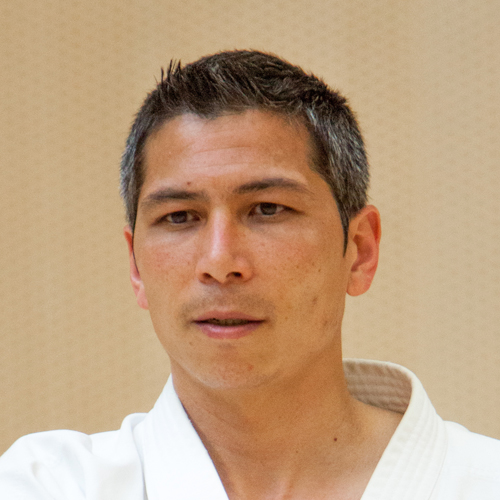 Elmo Diederiks is a 6th dan black belt and level 4 NOC-NSF certified teacher. He has represented The Netherlands for 6 years in the National team and has been Dutch Champion three years in a row. He has trained the national teams of Cameroon, Mexico and Hungary and he is former national coach of The Netherlands. Mauro Barbieri is a 5th dan black belt and level 3 NOC-NSF certified teacher. He trains both in Italy and the Netherlands and has represented his hometown region in the Italian regional team. Ildiko Redai is a 4th dan black belt and currently national coach of Hungary. She is a former European champion and still active in competition. She trains both in Hungary and The Netherlands.

Ikenamikan Karate is characterised by an emphasis on motoric skills, effective techniques and realistic application, all in order to build physical and mental skills. Respect and safety are core values.

Lessons are challenging for beginners and experts, but due to the high technical level classes are open for everyone over the age of 16. We have a modest fee to cover our cost, and with our corporate program you get at least a 20% discount.